Now that Dojo 1.8 beta is out, I encourage you to check out some of the new features in this release. There are three brand new visualization components for mobile (phones & tablets) and desktop browser platforms. Each of these components answers specific advanced needs in term of visualization and may be useful in your apps.

The first component I’d like to introduce is the calendar component. This is a full featured UI component that displays calendar events either in day, week,  month or yearly view. It its fully compatible with the dojo/store APIs and can be filled with any kind of data coming from your server. It is easily styled using CSS. 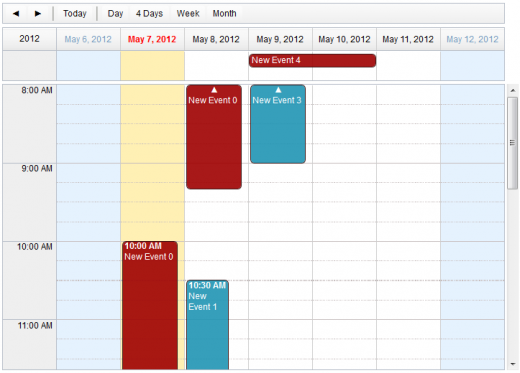 You can read more about the calendar component in the Dojo calendar beta documentation.

The second component is a fully redesigned gauges framework for Dojo that comes with several predefined gauges. With this new framework, creating your own gauges or customizing existing ones is now as easy as assembling predefined elements such as indicators, scales or tracks and connecting a few custom functions for custom drawings. Gauges can be horizontal, vertical, circular or semi-circular. 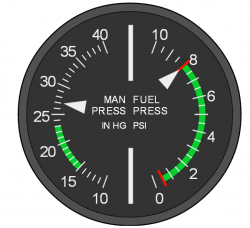 You can read more about the new gauges and their framework in the Dojo gauges beta documentation.

Finally, I’ll mention a pure data visualization analysis component, the treemap. This component displays data as a set of colored, potentially nested, rectangular cells. It can be used to explore large data sets by using convenient drill-down capabilities. It relies on data clustering, using areas and color information to represent the data you want to explore. Like the calendar component, it can connect to any dojo/store implementation. 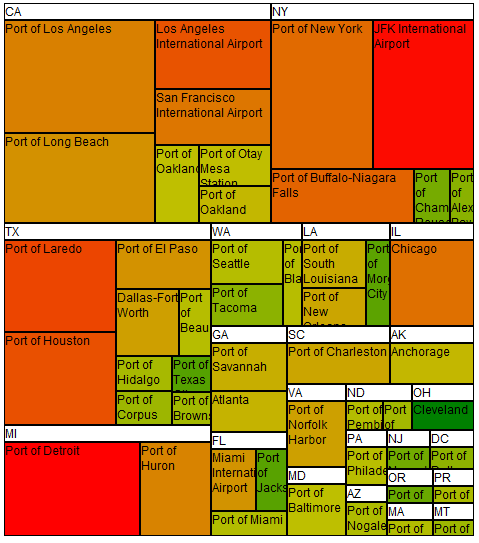 We are looking forward to your feedback on these new components. Download the beta and try them out. You may send your feedback to the Dojo interest list or file any issues you may find.

Hi everyone! I’m pleased to offer not one, not two, but THREE new Dojo releases for your consumption.

Dojo 1.4.4 is now available. This is a maintenance release that backports browser fixes to add support for Internet Explorer 9 and Firefox 4+. Information on which fixes were backported to Dojo 1.4.4 is available on the bug tracker. This is basically identical to the Dojo 1.5.2 release that happened…whenever that happened! A little while ago. Thanks to kgf for managing this release.

Dojo 1.7.3 is now available. This is a bugfix release that resolves several issues with the 1.7 branch of Dojo, including issues with the i18n subsystem, legacy modules, and the build system running on Node.js. It also fixes a significant performance regression from 1.6 when loading many legacy modules and includes bugfixes for several other components. The full list of fixes for Dojo 1.7.3 is available also on the bug tracker.

Finally, Dojo 1.8.0b1 is now available. This is the first beta of the new Dojo 1.8 release and includes several exciting new features. A blog post written by interim supreme overlord Dylan Schiemann provides an overview of many of the most significant new features and enhancements coming to Dojo 1.8. There are close to 700 new features, enhancements, and bug fixes in this release, including a brand new documentation parser (written by yours truly) that will make the API browser work correctly again. As usual, the running list of changes that have made it into Dojo 1.8 so far is at the bug tracker.

Dojo 1.8 is on track at this point for a release in mid-to-late July. Beta 2, if necessary, will be released in about three weeks. CDN releases for Dojo 1.4.4, Dojo 1.5.2, and Dojo 1.7.3 have been submitted to Google. I will post again once those are made available.

OK, that’s it from me! Have a great solstice weekend.

In preparation for the release of Dojo 1.8, trunk is now in feature freeze, which means this code is considered feature complete for Dojo 1.8. This is the last step before a beta release. The release schedule is currently as follows:

Thank you to everyone that has helped make this release a success!

If you’re interested in testing this release, please do so and report any regressions promptly; the final release of 1.4.4 is planned for next Friday, June 22.  Thank you!

The Dojo Toolkit was recently selected as the 2012 recipient of an award for excellence in web development technology at the Great Indian Developer Summit. We are honored to receive this award. The conference has over 14,000 attendees, India’s largest tech event. Anuj Dubey and Lakshmi Sharma accepted the award on behalf of the Dojo Foundation.

The selection criteria for the award emphasized functionality, usability, innovation excellence, bleeding-edge features, and feedback from the developer ecosystem. The web development category specifically emphasized web development and deployment tools that are helping developers and designers push the boundaries of the web, which is consistent with one of Dojo’s primary objectives! 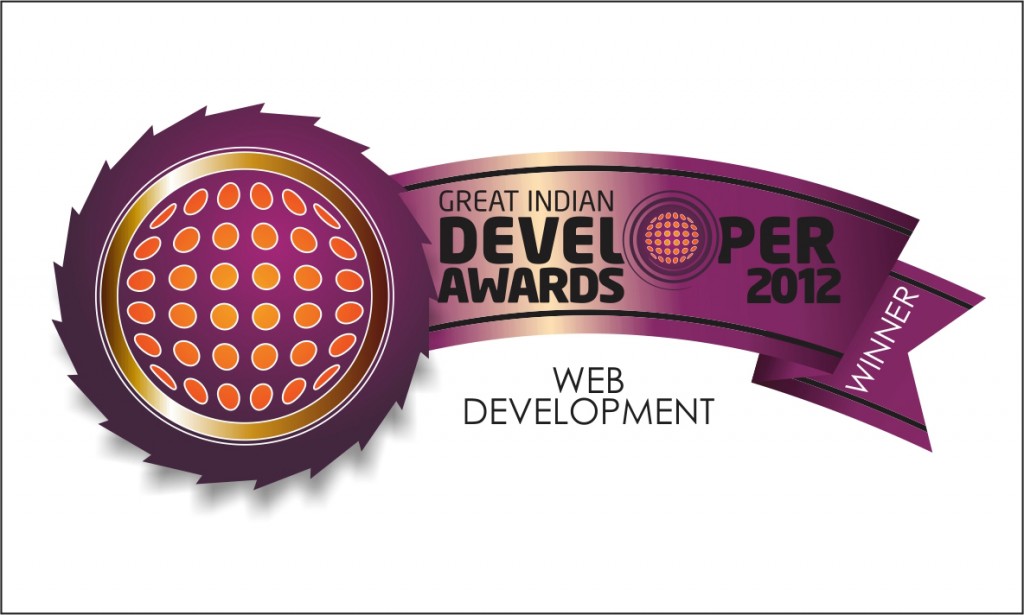 SitePen has announced a new dgrid beta release! The announcement also shows off the new dgrid landing site, which we hope will be the model for how new Dojo Foundation packages will be created and marketed, complete with docs, demos, and tutorials.

Dojo 1.7.2 is now available for download. It will be available on CDNs shortly. The list of issues fixed in Dojo 1.7.2 is also available. Notable in this release are fixes for the loader & build system, official support for Firefox 10 ESR, and support for creating builds using Node 0.6. Share and enjoy!

Just a quick status update on 1.7.2. There were a couple of last minute build issues that were discovered in the RC which means that the release has been pushed back slightly. We’re hoping to have it out by Friday at the absolute latest; it may be out earlier than that depending upon how quickly the remaining issues can be ironed out.

I’m happy to announce the first release candidate for Dojo 1.7.2. This is a stability and bugfix release, and is the first to include official support for the newly released Firefox 10 ESR.

Final release of 1.7.2 is planned for next Wednesday, so test and report any issues promptly! Thanks!

I’m Colin, one of the release managers for Dojo 1.8. Today I wanted to talk publicly about the planned roadmap and our focus for the next major release of Dojo.

Near the end of January, a group of team members held a meeting to discuss our direction for 1.8. The discussion was a little larger than simply the 1.8 release and cut across a few different areas, but we did establish a reasonable release roadmap full of new features and enhancements. For the most part, Dojo 1.8 will have a much more tightly controlled scope than 1.7, and we’ll be keeping release blocking issues reserved for Dojo and Dijit packages (instead of DojoX packages) in order to ensure a more reasonable/sprightly release cycle than the previous two.

In addition to code improvements, some very important additional changes are being made during the 1.8 release cycle:

Everyone agrees: where to find correct and accurate documentation remains confusing to end-users and we need to work on improving this. From a tooling perspective, it was decided that the best route forward here is going to be to focus on getting a new JS-based documentation parser up and running as soon as possible, both so it can be used to generate the correct documentation for the API browser, and also so that it can be used to provide reports about what areas of code are missing documentation. Rawld Gill and Colin Snover will be the primary people working on this piece, but as they are both busy, anyone interested in the fun and exciting world of parsing should volunteer to help (even if it is simply running code against it until it breaks and lodging bug reports in the issue tracker on GitHub). Longer-term, the plan is to try to combine API & ref guide as much as possible to provide a *single* point of authoritative documentation for any given component.

In addition to tooling, we are working on improving user feedback during this cycle in order to try to learn where we need to focus our documentation improvements the most. Links have already been added to the bottoms of the API browser, tutorials, and reference guide pages so users can submit feedback about pages that are not giving them the information they need. We encourage everyone to use these links to provide documentation feedback.

Finally, Dylan Schiemann will be helping to set up some targeted documentation sprints to improve the quality and availability of documentation. More on this at a later date.

There are some new components slated for development during the 1.8 cycle that are dropping support for old browser versions (IE6 and Firefox 3.6). These components are likely to be the first to be referenced from external repositories as part of the move toward independent repositories for DojoX projects. Since we are still committed to continuing support for a wide range of browsers and browser versions within officially supported code, we will be implementing browser support grading in 1.8 (a la YUI and others) to make it clearer to end-users what kind of support they can expect for a given platform (and to enable us to more gradually phase out support for these legacy browsers).

We also understand that users don’t want to be stuck on a toolkit upgrade treadmill, but still need their products to be able to support new browsers as they are released. As such, we are currently evaluating a proposal to perform quarterly backports of browser support fixes from trunk to Dojo 1.5 and newer to assure end-users that their products will be able to support newer browser releases for a reasonable period of time. The release of Dojo 1.5.2 was a trial step in this direction.

Our bug tracker has not been meeting our needs effectively when it comes to managing releases and issues. As such, new plugins have been introduced to improve this tool. We are also planning on going through and aggressively reducing the number of open tickets in order to provide a more realistic and manageable look at what work needs to be done for 1.8 and beyond.

As mentioned in the roadmap, our planned feature freeze date is April 16, with final release hopefully occurring sometime in early June. Keep your eyes here for updates and some sneak peeks at what’s coming up in the new release!