Please let us know if you have any issues with these releases. Enjoy!

While most of our attention recently has gone into the new modern Dojo framework releases, we are still maintaining and updating versions of Dojo 1.x as we receive pull requests and updates.

Today we are pleased to announce version 1.14 of the Dojo Toolkit, as well as backported releases 1.13.1, 1.12.4, 1.11.6, and 1.10.10. Note that we will no longer be shipping updated releases prior to 1.10, though you may of course still build your own version from source. Patches are still backported, but the time to push a release for each version is non-trivial.

We did receive two small security related reports. These issues are unlikely to impact most of our users in production, but are worth reviewing:

Updated releases on the Google CDN are forthcoming.

Thanks for your help in making this release possible. Please let us know if you have any issues. Note that all bug reports should now be filed on GitHub.

In preparation for Dojo 2’s themes, we have decided to move dojo/themes to dojo/dijit-themes . The dojo/themes repository will now be used for the new themes in Dojo 2.

Dojo 2 beta 4 was recently released! Read more about the release on the Dojo 2 beta 4 blog post! The new website for Dojo 2+ also has a number of tutorials and examples to help you get started with Dojo 2.

Finally, the Dojo mailing list has been retired. Questions may be asked on our new Dojo Discourse forum, Dojo 1.x Gitter channel, or Stack Overflow.

There are a number of Dojo events this winter and spring. Some of these events are still tentative, so we’ll add links once they are confirmed. We hope to meet you at one of these events. Let us know if there’s an event you would like to host in your area.

A Dojo community day is planned, but the details are not yet available.

The large companies that use Dojo are widely known. This series features lesser known users of Dojo, and their stories. Eight months ago, we conducted a case study about the TELL ME project with Stefano Bianchi from Softeco Sismat, an ICT Italian company. Here we have followed with up Stefano to get an update on their progression from desktop web app to mobile with Dojo.

END_OF_DOCUMENT_TOKEN_TO_BE_REPLACED

Several XSS vulnerabilities have been discovered and fixed in the Dojo Toolkit.

Masato Kinugawa discovered a security flaw in the SWF component of the dojox/form/FileUploader widget that allows for cross-site scripting attacks on domains hosting the affected SWF.

Note that these vulnerabilities are isolated to the dojox package; if you publish only the dojo and/or dijit packages, you are not affected by this security advisory and do not need to take any action. We recommend that all users that publish the dojox package upgrade to the latest point release.

New versions of the Dojo Toolkit have been released containing fixes for the vulnerabilities listed in this security advisory:

1. Delete the SWF files listed under “attack vector” below; and
2. Ensure all user input passed to dojox/embed/Flash is HTML escaped.

Additionally, JavaScript code in dojox/embed/Flash performs string building of HTML for injection to the page without ensuring special characters are properly encoded. This allowed arbitrary HTML to be injected onto a page that uses dojox/embed/Flash if unsanitised user input were passed to it.

What can I do to prevent this from happening in the future?

There is currently a lot of crufty old code in dojox that is unmaintained or undermaintained. We need more developers that use Dojo and are interested in adopting some of this old code, or developers who want to help us finish Dojo 2 so that we can replace this old code with new code that follows modern best practices for Web development.

If you’re interested in lending a helping hand, please get in touch by posting on the mailing list or visiting us at #dojo on irc.freenode.net. Thanks!

There are a number of Dojo events this autumn. We hope to meet you at one of these events: 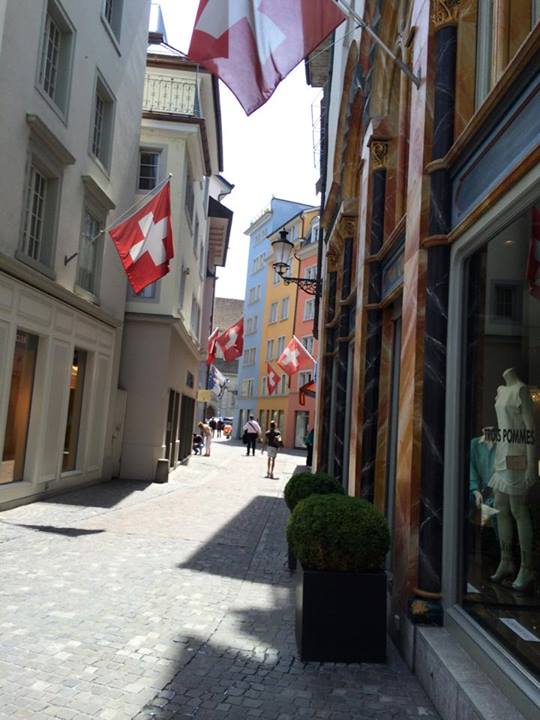 END_OF_DOCUMENT_TOKEN_TO_BE_REPLACED

The large companies that use Dojo are widely known. This series features lesser known users of Dojo, and their stories. This time, we interview Gordon Smith from HPCC Systems, a subsidiary of LexisNexis RISK Solutions.

Q: How did you first learn about Dojo?

A: Through Google / Stack Overflow. I suspect my “discovery” of Dojo was a bit different to the norm, as prior to 2013 I had never really done any Web Development. Up until then I was predominantly a C++ Developer, some Java and a smattering of C#. Initially I wanted to knock together a single page proof of concept, consisting of a code editor (CodeMirror), a result view (HTML Table) and an “activity graph” (ActiveX Control) and wanted something that would handle the layout, resizing and ideally something with splitters – after a few searches online I found the Border Container Docs and away I went! Shortly after, I added a Tab Container and switched to using the basic Grid.